Waiting for the right flow!

Last week I was in Portugal and visited the secret cave at Praia dos Caneiros, Ferragudo.
It was in a very pleasant company of two other snorkelers and two instructors, both marine biologists, from ZipandTrip.

Going into the cave alone, even though I have a lot of snorkeling experience, I did not want to and rightly so because then I would have missed a lot knowledge about what was lliving in the cave as well of having good guiding.

“The wound is the place where the light enters you!” Rumi

The way out of the cave was a different story because it was waiting for the right current because when swimming against the current there is a good chance that you will be smashed against the walls of the cave and therefore being hurt.

The same goes with traumahealing.
To get out of the energy of a trauma, it is important that you end up in it again, but this time in such a way that you can stay in your grounding and see the light in addition to the darkness. 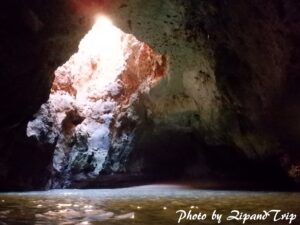 After you leave the trauma behind you in a way that it can’t disrupt you life anymore, with the right flow / energy you go out of the cave and into a better life